The End of the Birther Movement?

First, I am reactivating my Blogger Blog at least temporarily for reasons I will get into later.

I don't know if Gallups realized it, but his show today put the last nail in the coffin of the birther movement.

Gallups confirmed what I have been saying for almost a year now, that the "earth shattering" information that he and Zullo were talking about starting around the end of 2013, the deep, dark turn, was exactly the alleged CIA data dump from Dennis Montgomery.

What is so utterly devastating about this confirmation is that Sheriff Joe Arpaio himself admitted in open court last month that the Montgomery information was junk. Chief Deputy Sheridan testified that Montgomery was just "stringing us along" and that is what Zullo has been doing to you for a year and half.

The great hope of the birthers: the Arpaio/Zullo investigation, the universe shattering revelation--all of it was junk.

Doc was referring to Gallups' rambling and bizarre segment on his Freedom Friday program on May 15, 2015 in which he confirmed that the much ballyhooed "universe shattering"* evidence that he and Zullo had been talking about in 2013 and 2014 was indeed connected with what has now been dubbed the "Seattle Operation" work with con man Dennis Montgomery.  Doc conveniently provided a transcript of the segment in this article yesterday.

Doc hit a nerve at BR and the self proclaimed leader of the pack there Falcon posted this idiotic reply:

Horseshit. They had Obama by the balls twice. The first presser said that Obama used forged documents. Interesting how you condone that for a communist - but would certainly repudiate it for a Conservative. You'd be leading the charge to get rid of any Republican with forged documents.

They also have Obama on foreign student status - a well known bit that I personally released more than a year ago. And you know it's true.

This horsecrap with some Montgomery has nothing to do with Obama and his surrogates forging documents and put them on official governmental websites. That all occurred long before Montgomery ever came along. And it was all created by Obama in a criminal act of fraud against the United States.

Another fail by you. And don't forget - you were named in affidavit that was forcibly unsealed in Vogt's discovery. You're hardly an un-partial party.

It has been amusing to watch Falcon's schizophrenic machinations over Gallups and Zullo. He alternates between whining that they have nothing or are intimidated into silence to proclaiming that "A/Z Day" is coming soon so all the Obots better get ready to go to jail.

I should disclose that I am privy to Falcon's real name and location. I will only say he seems to be a nobody whose self importance on the Internet is entirely a fiction of his own creation. He tends to infest one forum or blog at a time. Before Birtherism came along he had a bizarre fascination with missing persons particularly Natalee Holloway in discussions at a forum called Scared Monkeys where he posted using the name "Rob".

So is this the end of the Birther Movement? I suppose it depends on how you define "end". Are there still Birthers? Of course and some will be until they are dead and gone. However, what is at an end is any hope that Joe Arpaio and Mike Zullo will ride in on white horses to remove the nasty black man from the White House. Arpaio now is faced with a certain civil contempt citation in the Melendres case and it appears headed to much worse for him. Now that the "Seattle Operation" has come to light things aren't looking rosy for Mike Zullo either. Not that fantasies of removing Obama were ever real but I think even the die hards like Bob Nelson at BR, Mark Gillar and even Falcon know it's over.

* Note that Gallups downgraded what was once "universe shattering" to plain ordinary "earth shattering" evidence. Mathematically that is a downgrade of unquantifiable proportion.

My Blog Has Moved

Well, it has always been "moving' but it is really moving now. :) The RC Radio Blog has moved to a WordPress.com Blog. The new address is http://rcradioblog.wordpress.com/
Please update your links and bookmarks. Thanks to all the bloggers who have linked to my blog. I am updating the blog roll at the new blog so if your blog is linked now it will soon be linked at the new blog. If you do not want you blog linked please let me know.

Verbalobe (the creator of the brilliant Birther Dreams cartoon series) wrote a post at the Fogbow that I believe captures my own thoughts on the Georgia ballot challenge:

If Judge Malihi permits the full Cirque du Merde, in the end he and Georgia will disgrace themselves, even though the goal may be to disgrace the President. Partly because of the plain facts and Americans' inherent decency and good sense; but mostly because Orly Taitz makes anyone who provides a venue for her twaddle look irresponsible, or worse.

If this goes forward as it appears to be unfolding, some people who think they're clever now, will have their own "oh shit" moment, and it will be too late.

If you are like me you had to cheat and Google "du Merde". I would have just said "freak show". I don't know what Judge Malihi's motivations might be for letting Orly misuse his name on bogus subpoenas downloaded from the court web site. We can speculate everything from him being a closet Birther to being a frustrated low level administrative law judge who wants his moment in the spotlight. In the end it will not matter for Barack Obama and the Democrats. He will be the candidate for the party in all fifty states and the other districts and territories represented at the convention in September. I hope Mr. Jablonski shows up at the hearing, submits a COLB and calls this hearing for what it is. The Georgia Republicans will then be known as the party that said to the first black president in the year 2012 "show me your papers, boy."
Posted by Reality Check at 2:09 PM 2 comments: 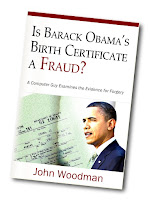 John Woodman will debate Mara Zebest, Karl Denninger, and Tom Harrison in the first hour and a half, and Jerome Corsi appearing for the last half hour on Mark Gillars Blog Talk show this afternoon at 3 PM EST.


Here is a direct link to the Gillar show. At 2 PM CST this should open and play: Mark Gillar Show. You can also call and listen on this number I believe: (646) 727-3170 (Mr. Gillar says he will not be taking questions.)

John will also be on a special edtion of RC Radio immediately following for a  “debriefing” starting at 5 PM EST/ 4 PM CST. The link is RC Radio Debate Wrapup Show or you may call (347) 324-5546 to listen or ask a question.

A special episode of RC Radio is scheduled at 9 PM ET tonight to cover the hearing being held today in Judge Nishimura's court in Honolulu. Orly Taitz is seeking an order to have her "phony" subpoenas from Georgia to have Health Director Fuddy and others appear at the ballot challenge hearing in Atlanta on January 26 to be enforced by the court in Hawaii. Deputy AG Jill Nagamine may have other things in mind.

Here is a direct link to the show: Reciprocal Enforcement Hearing - Back to Hawaii
Posted by Reality Check at 11:40 AM
RC Radio will cover the subpoena enforcement hearing with a special show tonight
2012-01-13T11:40:00-05:00
Reality Check
Comments 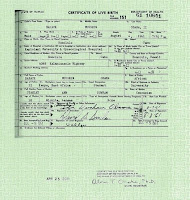 Who is a natural born citizen? Before late 2008 there was not much discussion of this question except in some obscure legal articles and talk about a few candidates not born on US soil like Mitt Romney's father (born in Mexico) and John McCain (born in the Canal Zone). Recently, many of those known as the "Birthers" started telling us that almost everything we learned about this term for 200 years is wrong. In 2008 during the run up to the election all the conversation was about "the birth certificate" but now the debate has moved to the claim that to be a natural born citizen requires both parents to be citizens at the time of birth. Even some politicians in New Hampshire and in Georgia have embraced the idea. What gives? I say let's get this settled.

I challenge proponents of both sides of the discussion on the definition of the term  "natural born citizen" in the United States Constitution under the requirements for president and vice president to a debate on Reality Check Radio on Wednesday, January 25, 2012.  I have arranged for up to three supporters of the traditional definition that a US citizen at birth is a natural born citizen to represent the "Obot" side of the debate. I challenge the "Birther" side to provide up to three proponents to take on the challenge.

The debate will be 90 minutes long and both sides will have equal time. Timing will be strictly enforced. Each side will be given equal time for opening and closing arguments. Each side will be able to ask the other side 4 questions of their choice and have time for rebuttal to the answers. The moderator (me) will ask 1 or 2 questions if issues appear to need further discussion. The remainder of the show will allow the listeners to call and ask questions.

I extend this challenge to Leo Donofrio, Mario Apuzzo, Charles Kerchner, Orly Taitz, Dean Haskins, Jerome Corsi, or any other proponent of the "two citizen parent" definition of natural born citizen. This is your chance to prove you are right. The first three who accept will be selected as participants  unless they wish to give up a spot to someone prior to the debate.

I will enforce a fair debate. If you are interested please contact me at realitycheck1776 at gmail period com or through the "Contact Me" link on rcradioshow.blogspot.com

Please feel free to link or copy this article to your blog or forum to get the word out. A refusal by either side to defend their position will be noted.
Posted by Reality Check at 9:18 AM 66 comments: